Perú is one of the Latin American destinations that arouses most interest in travelers, not only for its exuberant nature but also for the mixture of cultures in recent years, which has made it a country with a rich historical and gastronomic heritage of the world.

Lima, the capital of Peru, is usually the entrance and exit of the country since there is the Jorge Chavez International Airport. Of the ten days that foreign tourists generally spend in Peru, according to official data, at least 24 hours of their trip are dedicated to getting to know the city of Lima. And it is not for less: this large city of almost 10 million inhabitants hides many secrets. If you only have one day to enjoy Lima, this guide becomes essential to discover and savor it.

Historic walk in the morning

The historic center of Lima is considered a UNESCO World Heritage Site and, for that reason alone, deserves to be visited. The City of Kings, as it was known, houses perfectly preserved Baroque and Renaissance colonial-style buildings. The nerve center has numerous churches and convents, such as the Monumental Complex of San Francisco de Lima, a 17th-century church and convent whose interior hides the catacombs that served as a cemetery during the colonial era, and the Basilica Cathedral of Lima, 1535 and in which several architectural styles are mixed. Also worth visiting is the Church Museum of the Convent of Santo Domingo and the Recoleta Church, with a surprisingly blue color.

The historic center is full of squares. In addition to the Plaza de Armas, where the official buildings are located, the Plaza Mayor, the center of the old colonial city, and that of San Martín stand out, where two important arteries converge: Avenida Nicolás de Piérola and Calle Jirón de la Unión. Around it is other historic buildings such as the Hotel Bolívar and the Teatro Colón.

Walking through its streets, it is not difficult to run into any of its parks – University, Exhibition or the Magic Water Circuit – and numerous houses with elegant balconies, both colonial and Republican, very representative of this part of the city.

Enjoy the Costa Verde in the afternoon

The neighborhood of Miraflores and the Barranco are the most representative of the city. The first is one of the most cosmopolitan areas of Lima, in addition to the financial center. It is worth taking a walk along its extensive Malecon, which borders the cliff and has one of the best views of the bay. One of the most frequent routes is the one that begins in the Lighthouse, continues through the Raimondi Park (track of the paragliding flights) and the Love Park, which receives its name from the statue known as ‘The Kiss’. Later, the modern Villena Rey bridge is crossed to reach the Larcomar Shopping Center, an open space overlooking the sea and housing a contemporary art room. This walk ends at the Bajada de Armendáriz, a large slope that reaches the Pacific.

Two essential steps in Miraflores: the archaeological site of Huaca Pucllana, a citadel of the Lima Culture aborigines that inhabited the area between 200 and 700 AD, consisting of a 25-meter pyramid, and the Amano Museum, pre-Columbian textile and other instruments from cultures like Chancay, Nasca or Wari.

And from the most cosmopolitan side of Lima to the most bohemian. Barranco is the neighborhood of the sea, color, and art. His nineteenth-century mansions are home to poets, musicians, and writers. There are the museums of the beginning of the century, such as Pedro de Osma, or the house of the renowned Peruvian artist Víctor Delfín. Also the Mario Testino museum, with samples of the work of the Peruvian fashion photographer. The view of the Bridge of Sighs is essential, a symbol of Barranco and a place of inspiration. Legend has it that whoever sees the bridge for the first time and crosses it without breathing, will fulfill any wish he asks.

Lima is the Gastronomic Capital of Latin America and the Best Culinary Destination of the World for the World Travel Awards 2019. Dishes as diverse as ceviche, chicken chili, sauteed loin, fish tiradito or the Lima cause are a reflection of the history of the country. In Miraflores, you can choose from the finest restaurants, such as the Nikkei cuisine of Maido by chef Mitsuharu Tsumura (a combination of Japanese and Peruvian specialties) or the elegant Central of chef Virgilio Martínez.

For a dinner in front of the Costa Verde, the Nautical Rose and its renowned Peruvian and international food. It is also recommended Astrid and Gastón of chef Gastón Acurio -in the San Isidro neighborhood-, the capital’s insignia for two decades.

Peru is much more than Lima and these four visits are inescapable:

The construction dates back to the 15th century and was declared a Historic Sanctuary – National Archaeological Park of Machu Picchu almost four decades ago. In addition, it is a Unesco natural and cultural mixed heritage, being considered an important political, religious and administrative center of the Inca era.

The gateway to Machu Picchu, capital of the Inca Empire that later became a colonial city, and the navel of the world. A peculiar city at 3,400 meters high where you can find the artisan district of San Blas or its imposing streets built of stone.

The Inca Citadel is located in the middle of the rainforest at more than 2,400 meters above sea level, in the Sacred Valley, where the Salineras de Maras or the picturesque town of Paucartambo are also located, characterized by maintaining the ancestral Andean culture. 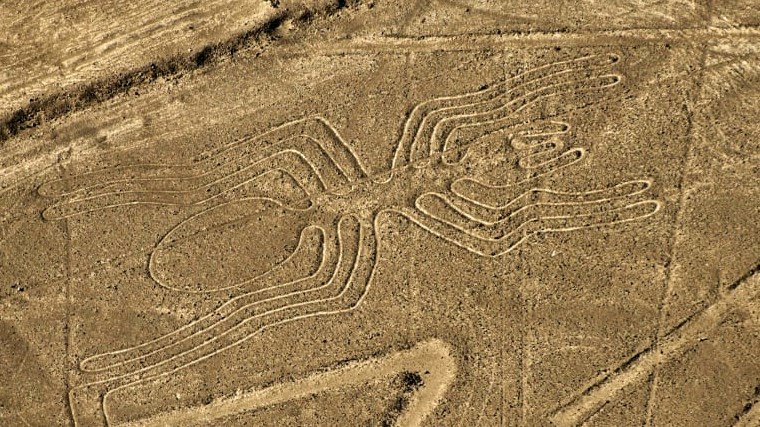 These ancient hieroglyphs extend over an area of ​​450 square kilometers in the Nazca desert. These stylized figures of 50 to 300 meters, made in a single stroke, are one of the greatest mysteries in the History of Humanity.

It is the tallest and navigable in the world. Its icy blue mass surrounds the city of Puno and one of its floating islands, Uros, has a total of 40 houses built on totora (a type of reed that grows underwater), they seem magic. Its inhabitants, Aymara, are one of the oldest Andean civilizations, prior to the Incas.