Former WWE Hall of Famer Rocky “Soul Man” Johnson, father of Dwayne “The Rock” Johnson, has passed away today at age 75. Different media, as well as WWE, have confirmed the news in the last hours. Brian Blair, a friend of Johnson and head of the Cauliflower Alley Club, has reported that the former champion had spent the last two weeks sick, according to the  Wrestling Observer Newsletter.

Rocky Johnson was born in Amherst, Canada, in 1944. At age 16 he began preparing to be a boxer, arriving to train with legends like Muhammad Ali, Goerge Foreman, and Henry Clark. However, he went on to prepare to work as a pro-wrestler by moving to Toronto.

Johnson stood out for being one of the most agile and athletic talents of the 70s. This contrasted with its great physical constitution, measuring almost 1.90 meters high and more than 115 kilos in weight. Johnson had an arsenal with colorful movements such as his punch combinations moving like Muhammad Ali, in addition to a series of three tall Dropkicks and his finisher, the Boston Crab.

His debut came in 1964 in Canada. After a short time, the fighter legally changed his name to Rocky Johnson and continued working in different companies in the country, such as Stampede Wrestling and International Wrestling, coming to team up with Don Leo Jonathan to win the NWA Canadian Tag Team Championships in 1967. Johnson began to attract the attention of more promoters, beginning to accept dates in the United States.

In 1970 he moved to Los Angeles, California. There he met and married his second wife, Ata Maivia , the daughter of “High Chief” Peter Maivia, who was a regular teammate. Johnson already had two children from a previous marriage, but in 1972 he had his only child with Ata, Dwayne Johnson . Years later they separated and Johnson remarried, this time with Sheila Northern. 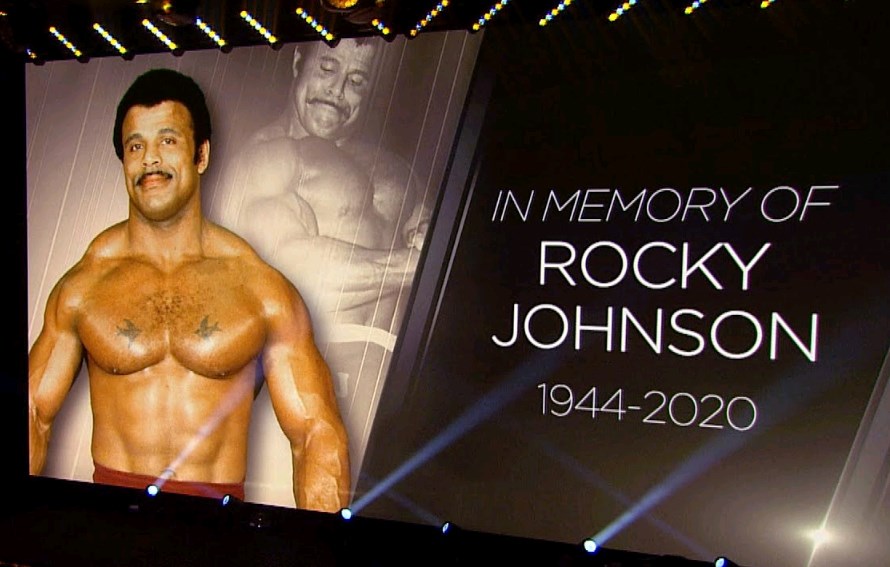 Johnson’s career continued to grow in Los Angeles during the 1970s, becoming one of the most prominent ” babyface ” during the pro-wrestling boom in the city. He continued to accumulate successes in other territories, obtaining several individuals and tag team championships wherever he went, both in Big Time Wrestling in San Francisco and in Memphis Wrestling against Jerry “The King” Lawler.

In 1982 he arrived at WWF, where he began to have individual rivalries against talents such as Don Muraco and Greg Valentine. Even so, this stage stood out for his team alongside Tony Atlas, forming “The Soul Patrol”. Johnson and Atlas managed to defeat The Wild Samoans (Afa and Sika) in late 1983, becoming the first black stars to win the Tag Team Championships. Three years later he finished his stage at WWF and continued working more intermittently, ending his retirement in 1991.

Subsequently, Dwayne Johnson asked his father to train him in the world of pro-wrestling. Dwayne had always been a fan of the business and wanted to enter after not being able to continue his career in American football. “Soulman” was reluctant at first, but ended up training Dwayne Johnson with Ron Slicker. Johnson introduced his son to Pat Patterson, who worked at WWF looking for talents. Patterson decided to recommend Vince McMahon to hire Dwayne Johnson, noting that he saw potential.

Rocky Johnson returned to WWE to coach Ohio Valley Wrestling (OVW), the company’s development territory. In 2008 he became part of the WWE Hall of Fame with “High Chief” Peter Maivia.