Wrestle-1 performed at the Korakuen Hall in Tokyo as part of the WRESTLE–1 Tour 2019 Autumn Bout. where the Wrestle-1 Tag League 2019 tournament came to an end.

In a special match, there was the meeting of the Panther Family (The Panther, The Son of the Panther and Jr. Panther) who win over Kaz Hayashi, Andy Wu, and MAZADA. The Panther was in charge of giving the victory to his team based on his greatest experience. 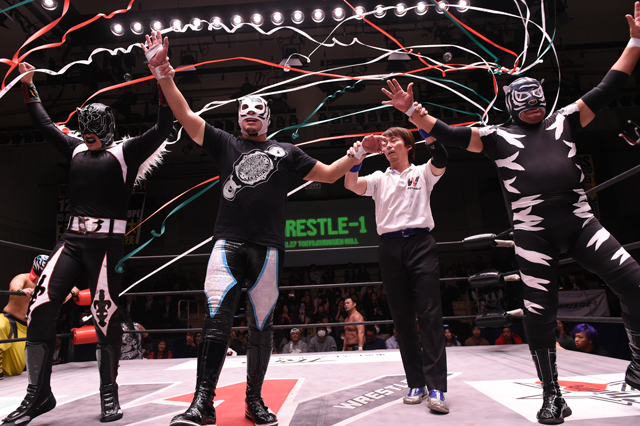 There was a tag team match where Manabu Soya and El Lindaman quickly imposed themselves on Masayuki Kono and Alejandro.

Suddenly, Atsushi Onita appeared on the ring, who launched a direct challenge over Manabu Soya.

Pegaso Iluminar had his third test match against Heat, who defeated him in just over 10 minutes. 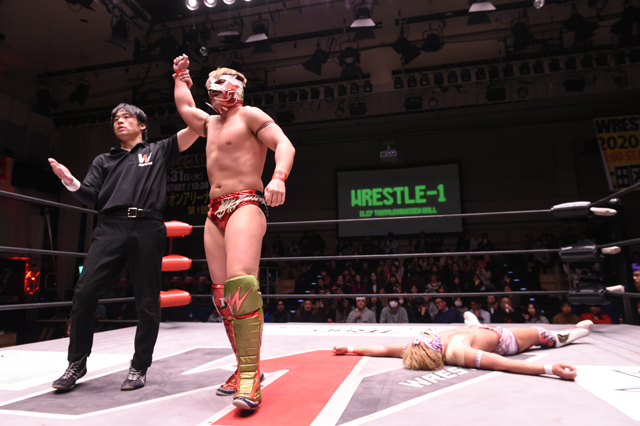 The semifinal was a special duel where Shotaro Ashino and Jiro Ikemen Kuroshio beat the experienced Shuji Kondo and CIMA. 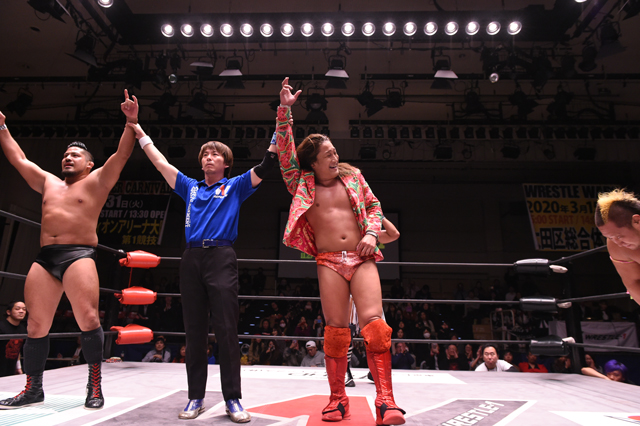 The great star was the final of the Wrestle-1 Tag League tournament with the clash of the T-Hawk and Shigehiro Irie against Kuma Arashi and Rene Dupree. The crash was intense but Strong Hearts gradually established its dominance until T-Hawk punished Dupree with the Cerberus.

4. Manabu Soya and El Lindaman defeated Masayuki Kono and Alejandro (5:20) with a Lindaman Schoolboy over Alejandro.