Does organized crime attract your attention and would you like to know more? Then record these mafia documentaries of different classes and places that you can watch on Netflix, HBO and Amazon Prime Video.

The mafia has starred in countless novels, movies, and series. Organized crime has given us great stories, but behind the fiction that fascinates us so much there is a reality in which many people live in fear, under threats and extortion, and that has cost many people their lives.

If you want to know more about the reality behind the mafia, we have prepared for you a selection of documentaries that allow you to see the true implications of organized crime.

And as a mafia, there is not only one, but many, in this list you will find documentaries about the mafia in Italy (specifically the Sicilian and the Neapolitan), the Italian-American mafia, the US street gangs, the Yakuza (the Japanese crime syndicate), or the drug cartels of South America.

You will see that all mafias have similarities and differences, and through these documentaries, you can learn the true story behind the myth of organized crime.

The Iceman Confesses: Secrets of a Mafia Hitman 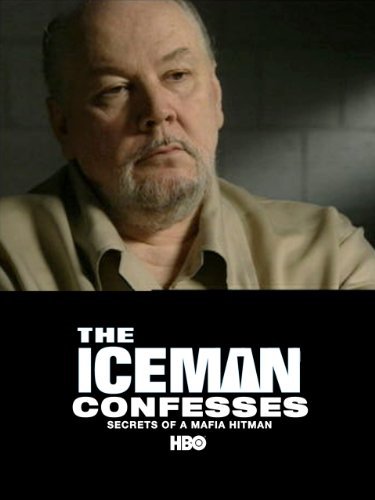 The Iceman Confesses: Secrets of a Mafia Hitman is a documentary produced by HBO that introduces us to Richard Kuklinski, nicknamed The Iceman, a mafia hitman who confesses to killing more than a hundred people in cold blood.

Kuklinski has a long criminal history behind him, which includes robberies, drug trafficking, arms trafficking, money laundering, kidnapping, and murder. In 1988 he was sentenced to life imprisonment for his crimes.

In the interviews that can be seen in this documentary, he states that he worked for the DeCavalcante New Jersey family and for the Five Families of the New York Mafia.

Among his claims, The Iceman says he was the one who killed Jimmy Hoffa, who was the leader of the truck drivers union in the United States (the character of Al Pacino in the movie The Irish), and also points out that he was one of the hitmen who they killed the mafia chiefs, Paul Castellano and Carmine Galante.

However, given that many of his statements cannot be corroborated, some suggest that Kuklinski has exaggerated his story and that he has not really killed as many people as he says. 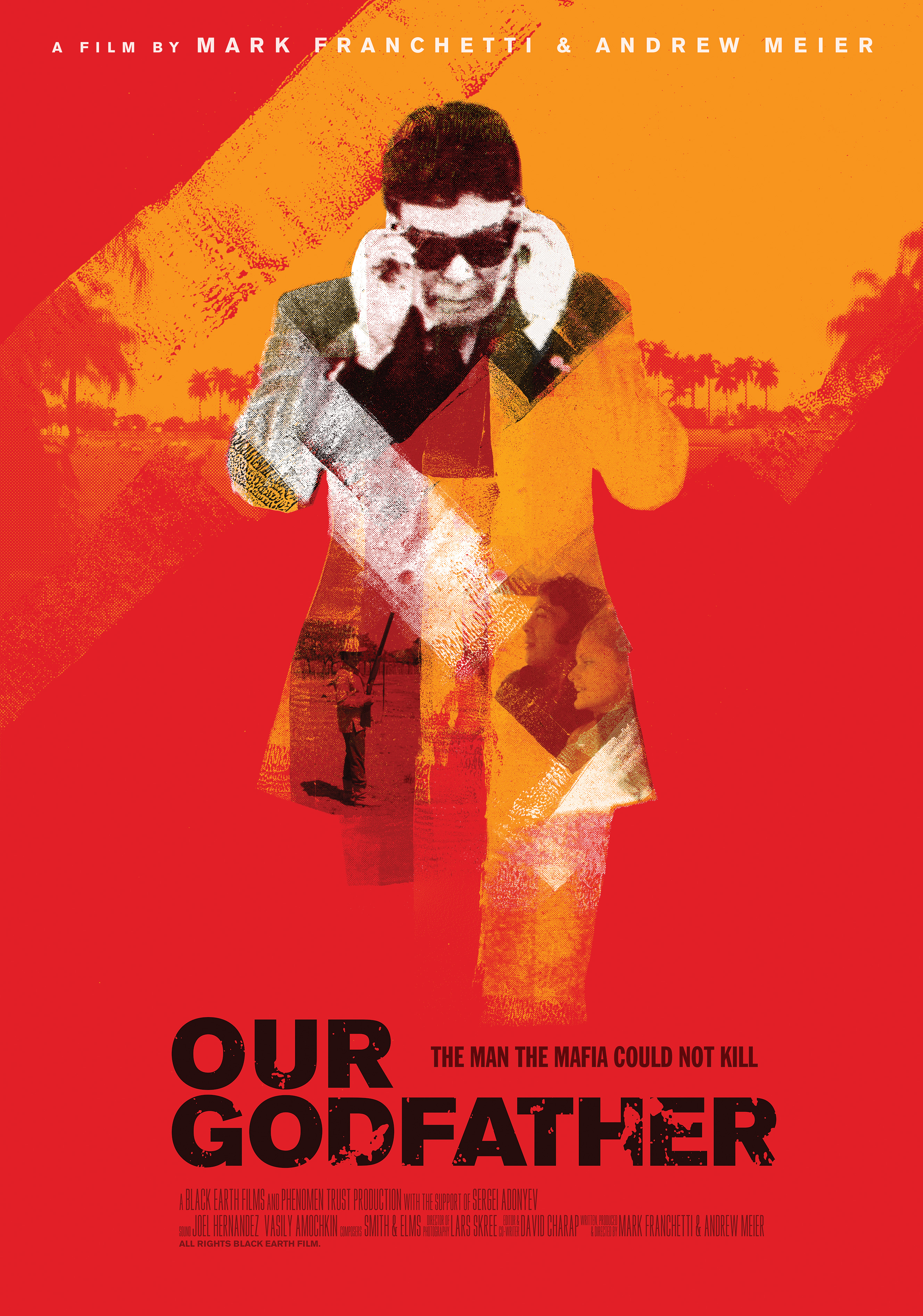 We continue our selection of mafia documentaries with Our Godfather, focused on the figure of Tommaso Buscetta, a Sicilian mafia boss who has gone down in history for breaking the law of silence and becoming a police informant.

Buscetta began illegal activities in Palermo during the fascist era with ration card traffic, and in 1945 he became part of the mafia as a member of the Porta Nuova family. He later joined the Salvatore La Barbera clan, where he was responsible for tobacco smuggling.

After the first Mafia war, in 1963 he went to the United States, where the Gambino family helped him settle. He later moved to South America, where he created his empire around drug trafficking. He managed to elude justice for years, even undergoing several cosmetic surgeries.

With the second Mafia war in the early 1980s, the Corleonesi, the opposite faction to Buscetta, ascended, and the extermination of his family was ordered, which led to the murder of his two sons, a brother, a son-in-law, a brother-in-law and several nephews.

Finally, disillusioned with the Mafia, he helped Judges Giovanni Falcone and Paolo Borsellino imprison almost 350 members of the Cosa Nostra, which was very expensive for him and the judges themselves.

Twilight of the Yakuza

We left the Sicilian mafia to focus now on organized crime in Japan. The decline of the Yakuza presents the current state of the Japanese mafia, which is close to its disappearance.

This documentary tells the peculiarities of the Yakuza, which, unlike other mafias, is an organization in which both its headquarters and its members are registered. In addition, in case there is a police investigation, they are bound by their code of honor to confess the crimes they have committed. However, today there is no collaboration and little by little they have gone underground.

The tape shows us that the Yakuza are increasingly older, elderly in many cases, and also the government wants to eradicate them, so they are doomed to extinction. They, for their part, defend themselves by pointing out that they are necessary for Japanese society.

Back in the Hood: Gang War 2

We left Japan to go to the United States. Back in the Hood: Gang War 2: America Undercover is the second part of a documentary  Gang War: Bangin ‘in Little Rock that premiered in 1994.

In the film, producers Marc Levin and Daphne Pinker are returned to the violent streets of Little Rock (Arkansas), where the original document that picked up the war between two rival bands, the Crips and the Bloods, was recorded. Since the first documentary in 1994, more than 400 people have died in the city because of the conflict between the gangs.

The new documentary follows in the footsteps of Leffel Jackson, former leader of the Crips, who after spending ten years in prison for drug trafficking is released on probation. When he returns to the city, he tries to help other young people to reconsider and leave the world of gangs, although their fight against organized crime does not obtain the desired fruits.

The documentary is composed of two seasons. In the first, there are episodes dedicated to reviewing the trajectory of Pablo Escobar, the Cali cartel, Frank Lucas (the role of Denzel Washington in the movie American Gangster) and the Pettingill clan. In season two you can see chapters of El Chapo Guzmán, Jemeker Thompson, Christopher Coke, and Klaas Bruinsma.

Through this documentary series, you can see what are the similarities and differences between the most powerful drug lords in history, as well as what have been their strategies to seize power and maintain it.

Inside the Real Narcos

We continue with the theme of organized crime related to drug trafficking with the documentary series Between real narcos.

The documentary consists of a season with three episodes. In the first, Fox travels to Mexico, where he speaks with a member of the Sinaloa cartel and visits a prisoner who began training to be a hitman at age 12. The second chapter is focused on Colombia, where Jason discusses the smuggling of cocaine from cartels. And the third takes us to Peru, the country where the coca leaf is produced. 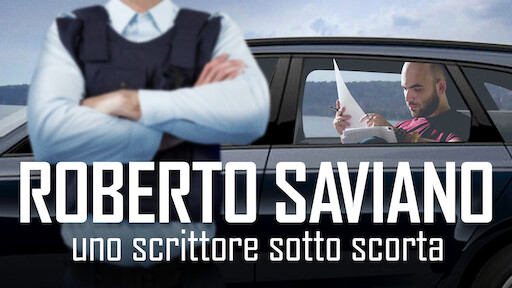 If you like mafia stories, surely you know who Roberto Saviano is. This is the Italian author of Gomorra, the highly successful novel on which the popular series on the Camorra is based, which is the Neapolitan mafia.

In addition to being a writer, Saviano is a journalist and has used his position to inform about the business and criminal activities of the Camorra. In fact, Gomorrah is based on real events.

The great impact that the novel had put the organized crime of Naples in the spotlight, which caused its author to get enough dangerous enemies. Saviano received death threats from the Camorristas, and for this reason, the Italian Ministry of Interior provides him with a permanent escort for his protection.

For his courage in denouncing the mafia and the consequences he is facing, Umberto Eco has applauded Saviano and says he is a national hero.

The documentary Roberto Saviano: a writer with bodyguards offers us a window to the reality in which the author of Gomorrah lives.